Ali Anooshahr received his B.A. from the University of Texas at Austin in 1998, and his M.A. (2002) and Ph.D. (2005) in Islamic History from UCLA. He was a CLIR-Mellon post-doctoral fellow in 2005-6 (cataloging Persian, Ottoman, and Arabic manuscripts at UCLA Library’s Special Collections) and Ahmanson-Getty Fellow in 2006-7. He taught at Saint Xavier University in Chicago (2007-8) and moved to Davis in 2008 as a scholar of “comparative Islamic empires” during the medieval and early modern periods. He is on the editorial board of the Journal of the Economic and Social History of the Orient. 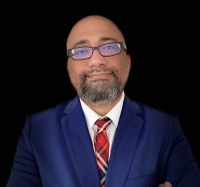