Ted Coons is Professor of Psychology, Cognition & Perception at the Center for Neural Science at New York University (NYU), arriving there in 1965. He is a pioneer in the field of neuroscience and a major contributor to early studies in neuroaesthetics. As an undergraduate, he studied music composition and theory at Colorado College (B.A., 1951) and then—after a stint in the Air Force—again at Yale University (toward an M.A.).  There, however, he became interested in what impact the temporal form of a composition has on the feelings of an audience. He soon switched his career goals and ultimately received his Ph.D. in what is now known as systems neuroscience. 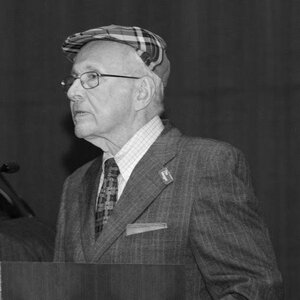